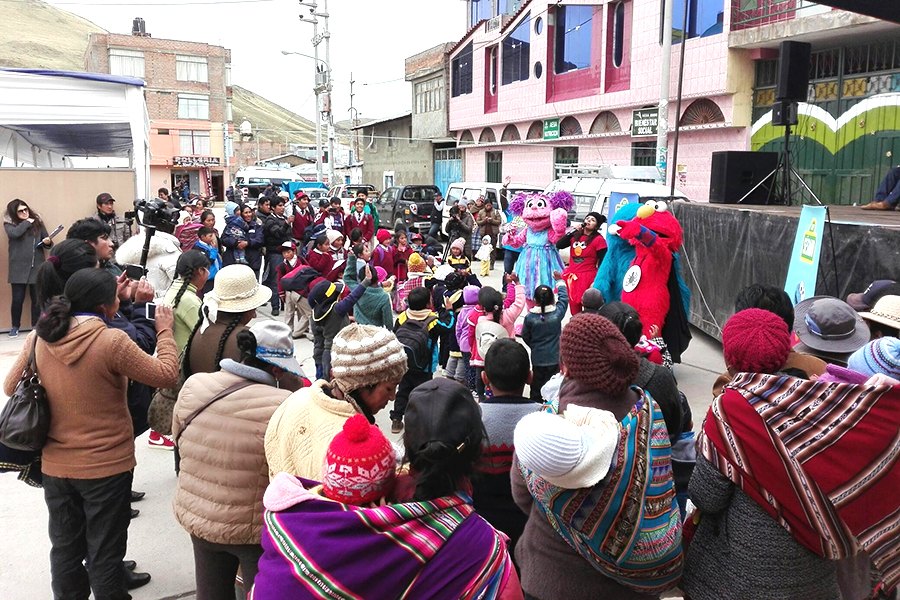 In Peru, anemia and child malnutrition are serious illnesses that compromise the country’s human capital, and thus its development options. That is why, both the State and several organizations have started several crusades to stop this problem currently affecting more than 40% of the country’s children.

So, RPP, the media platform with the greatest reach in Peru, together with the support of Minsur implemented a national campaign promoting early childhood development and frontally combating anemia. The initiative was widely broadcast by radio, TV and social networks, and it ended with a forum gathering several stakeholders engaged in these tasks, including the President of the Republic, the Minister of Economics and Finance, opinion leaders and private companies, with Minsur among them.

Gonzalo Quijandría, Minsur’s Director of Corporate Affairs and Sustainability presented the work developed with Aporta -Breca Group’s laboratory of social impact- in Antauta and Ajoyani districts,  in northern Puno. “Volar”, a project aiming at promoting hygiene habits and strengthening the significance of attachment among the people of Puno, was part of our “initiatives for children” in the I Early Childhood Development Forum. “If we fail to address this issue in the first three years, our investment in those communities thereafter will not succeed”, highlighted Quijandría.

Minsur arrived in Antauta six years ago. There we found that 95% of children under the age of 3 had anemia, and 25% suffered of chronic malnutrition. We found a similar situation in Ajoyani, with 28% of children with chronic malnutrition and 44% with anemia. “The problem we have is that we feel we have not tackled the root causes of this problem, and that troubles us”, stated Quijandría. Furthermore, both communities have a progress index below 50 points, as measured by the Social Progress Imperative, which means that their basic human needs are not covered.

To address this situation, Quijandría mentioned that Minsur sought experts and allies to work together. “We brought the NGO Sumbi, and together we developed the program Sami: Unidos por la primera infancia (United for early Childhood). This program aims at preparing children to learn through early stimulation, with training sessions and guidance for parents”. 330 families were served and the results were positive: in Antauta anemia rate dropped by 50% and in Ajoyani such rate wen from 44% to 13%.